Doogood Surface Coatings Pty Ltd was founded and established by Wayne Goodes in partnership with long-time friend, Derek Harrington, in early 2001. Wayne had an extensive background in the surface coating industry and Derek had his own manufacturing company for many years, prior to forming Doogood. Over time, they had both seen that the quality and service provided to local manufacturing and engineering companies was in steady decline, as companies were putting more energy and emphasis on servicing their larger clients. They saw this as an opportunity to establish Doogood, with a clear philosophy in mind “to provide the best quality product, combined with the best customer service in the industry”. This philosophy would be applied to all customers, no matter how big or small and still applies today.

Doogood Surface Coatings started out in a prohibitive 200m2 factory in Cranbourne, with only limited resources, plant and equipment. Before too long, through word of mouth, the business started to quickly gather momentum to a point where it was required to move to a slightly larger and more suitable premises in Narre Warren. At this stage it was also decided that the best way moving forward was for Wayne to take over sole ownership and start creating a family business of his own.

The business continued to grow on the back of its strong emphasis to quality and service, it’s willingness to diversify and invest to keep up with the ever-increasing demand, resulting in Doogood eventually being spread across five factories in the Narre Warren/Hallam area, including the inception of Doogood Powder Coating Pty Ltd, with another long-time friend, Nathan Jones, in 2008.

In 2010 it was decided that in order to facilitate further expansion, a move to the current premises in Dandenong South would be made. Like before, this coincided with a decision by Wayne to sell his shares in Doogood Powder Coating Pty Ltd so that Nathan could also create a family business of his own. It was decided that the recognised “Doogood” name would stay and that the relationship would remain strong, which it still does to this day. These decisions not only enabled the companies to expand by significantly increasing capacity but of course made the day to day operation of each business, much easier to manage.

Along the way, all of Wayne’s immediate family have worked in the business including his wife, Sandra, who has worked in administration since the company’s inception. Wayne’s three sons have all contributed, with the longest serving being his eldest, Jarrod, who started with Doogood in 2003 before eventually becoming Managing Director in 2016, a position he holds to this day. Younger sons Corey (2006-2014) and Tom (2012 onwards) have worked in various positions over many years with Tom still working in the business, currently in the role of Operations Manager.

In 2019, Wayne and Sandra made the decision to start a new chapter in life, by making a permanent residential move to Regional Victoria and thus officially removing themselves from the day to day operation of the business. The incumbents and future generations will always have great appreciation for the hard work put in by its predecessors in creating such a fantastic Australian family business and the legacy they have left behind.

In July of 2019, we changed the name of the business to Doogood Surface Coatings Pty Ltd, a name that we feel better encapsulates the diverse but relatable nature of our work. This resulted in a full rebrand of the company including the launching of this website and other marketing material around the same time.

You will note by reading this, browsing other parts of our website or simply paying us a visit that Doogood has certainly come a long way since it’s humble beginnings of 2001. Our staff, facilities, capabilities and processes may change as we progress however our philosophy of “providing the highest quality product, combined with the best customer service in the industry” will always remain and we believe this will hold us in good stead for generations to come.

Thanks for taking the time to read through a brief version of Doogood’s history, we look forward to adding more to it as the years progress. 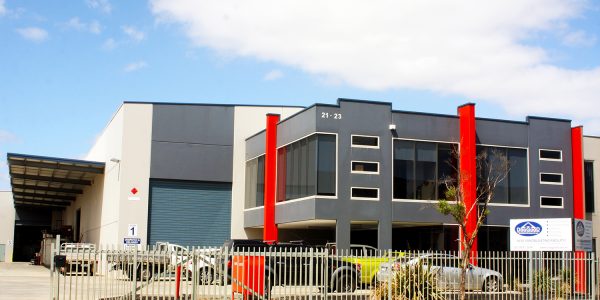 We can help you with any questions or pricing queries.
Get In Touch
Back To Top
×Close search
Search